ORDERING TO RESUME SHORTLY: On December 31st, 2020 the UK/EU transition period ended. We have temporarily paused orders to the EU until we are sure our delivery partners are operating as normal.

What is the London Gold Fix?

What is the London Gold Fix? 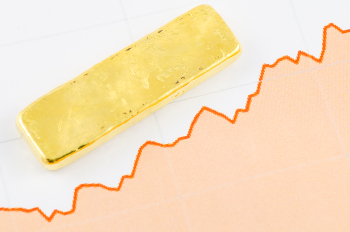 The London Gold Fix is the process behind the pricing of gold bullion and other gold related assets. It has been an essential part of gold investment since its inception in 1919. The Gold Fix was traditionally set by 5 leading gold trading banks at the time including Barclays, Société Générale, and Deutsche Bank amongst others. Chaired by Rothschild’s Bank, these ‘market makers’ would meet twice a day, at 10:30 and 15:00 GMT to agree a Fix based on their own buy and sell orders.

This system was often criticised for being opaque and prone to manipulation by the participating banks. After a scandal in 2014 in which a trader had indeed been discovered controlling the Fix, the system was changed in order to provide greater transparency.

March 2015 saw the birth of a new, more modern system. Set electronically by ICE Benchmark Administration (IBA), the LBMA Gold Price is now fixed by a greater number of traders, all of whom are members of the London Bullion Market Association (LBMA).

The lead market making bank would quote a price close to the current gold spot price, at which point the banks would state an amount of gold, in troy ounces, that they would be prepared to buy or sell at that price. If the buy and sell offers had a net value of zero, i.e. the quantity traded at that price matched the quantity proposed for sale, then the gold price was fixed.

In March 2015 this process was replaced by the LBMA Gold Price as the device for setting the official gold price. The price is no longer set by 5 market making banks. Instead, it is now set electronically, administrated by ICE Benchmark Administration Ltd (IBA), the leading provider of regulated benchmarks for numerous international financial and commodity exchanges.

The auctions allow buyers and sellers to trade physical gold, and are played out in rounds of 45 seconds. IBA announces a price at the start of each round, for which bidders will then submit their buying and selling proposals. After each round, the difference between the proposed buying and selling volumes is calculated. If this difference is lower than 20,000 ounces, the auction ends and the LBMA Gold Price is set. However, if the difference is larger than 20,000 IBA announce a new price and a new auction round begins. The LBMA Gold Price is published in USD, EUR and GBP.

The new system was designed to provide greater regulation and transparency after a scandal in which banks were found to have been rigging the gold price for their own benefit.

Why do we use the LBMA Gold Price?

The Fix, or the LBMA Gold Price is used as a global benchmark for gold and gold derivative assets, facilitating the international trade of the metal at a common value. Although most gold purchases will be made at the gold spot price, the fix is used as a reference by the largest members of the gold industry including miners, refiners, and central banks.