Please contact us using the details on the rightbelow, or complete our contact form and we will get back to you as soon as possible:

Do you have a question about our products or services?

Answers to many common questions are in our FAQ section.

For any enquiries about our products and services, use the form above or the contact details below:

If you are a journalist and have a press or media enquiry please contact:

Visit us in Store

Please note: If attending the trade counter to buy or sell, please be able to supply two forms of identification. We require photographic ID such as passport or photographic driving license, and a utility bill or bank statement indicating your home address dated within the last three months. 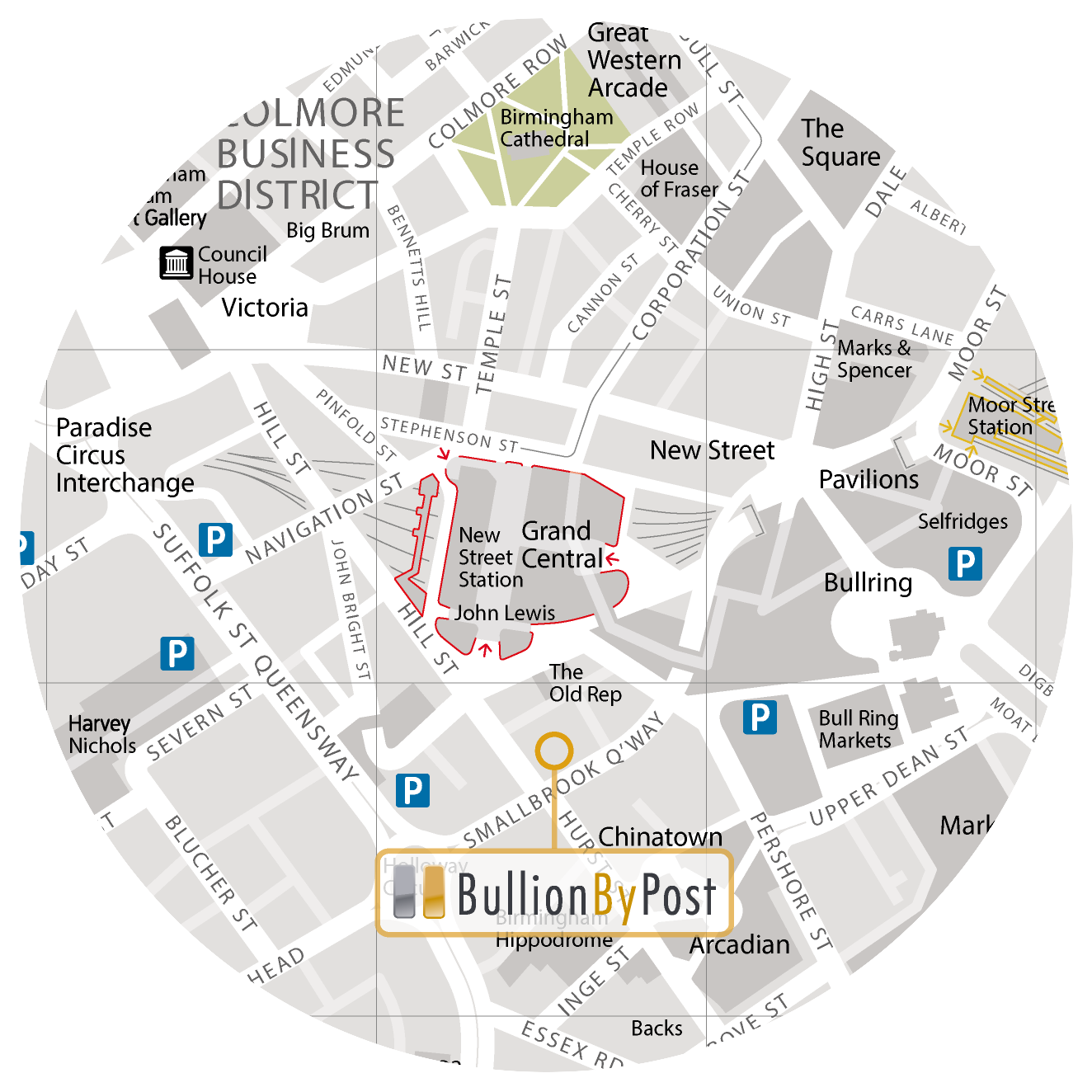 From the M5 Junction 3

There are three new exits from Birmingham New Street Station.

Our office and store is ideally located in the heart of Birmingham City Centre on the 16th floor of Centre City Tower, Hill Street near New Street Train Station and the Bull Ring Shopping Centre.

There are numerous Council and NCP car parks in the immediate area including one on the corner of Hill Street and Hinckley Street. Please see below our location map.