BANK HOLIDAY (FRANCE): No European orders will be dispatched on Monday 15th August, however, shipping will resume as normal on Tuesday 16th August. 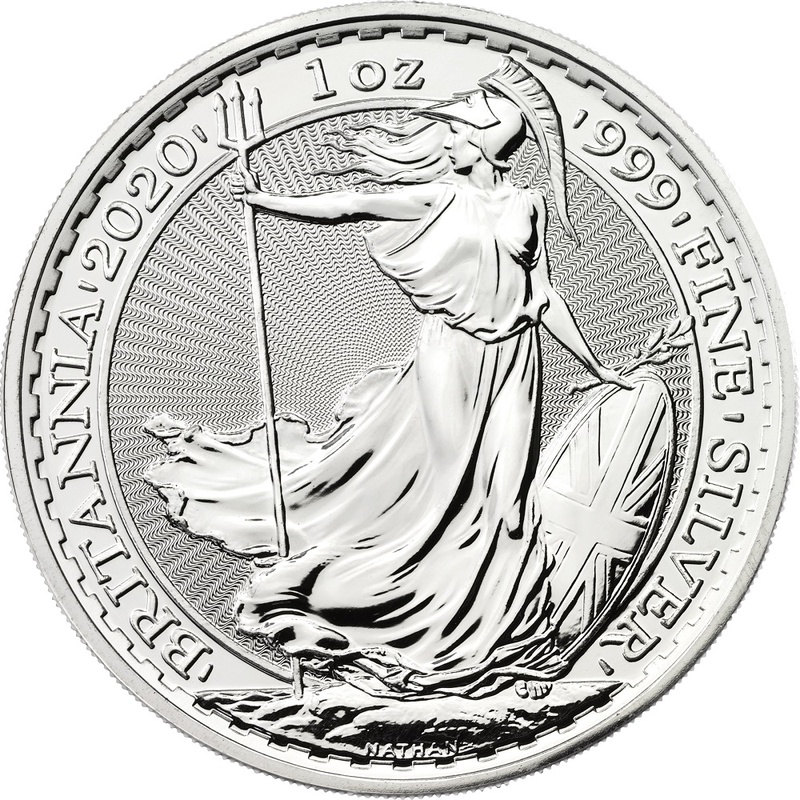 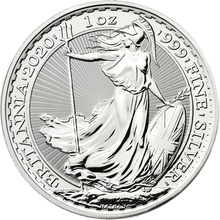 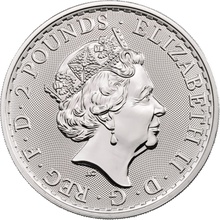 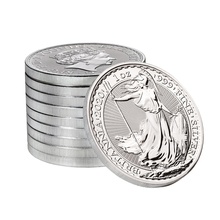 This 2020 Britannia £2 silver coin, is the largest and purest legal tender coin in the UK and is therefore Capital Gains Tax Free (CGT Exempt).

A long tradition continues by using the Great British national symbol Britannia. Britannia's first appearance on British coinage was on the farthing in 1672. The current Britannia celebrates 63 years of Queen Elizabeth II's reign and features a new engraving by Jody Clark.

The Queen is 88 years old at the time of the new portrait, first introduced in 2015, and can be seen wearing the King George IV State Diadem - the crown worn for the State Opening of Parliament. She is also wearing special Diamond Jubilee drop pearl earrings.

The edge of the coin states its value, as well as the abbreviated latin D G REG F D which, expanded, says Dei Gratia Regina Fidei Defensatrix. The direct English translation is 'By the grace of God, Queen' and 'Defender of the Faith' - the latter part being a reference to Elizabeth II's status as head of the Church of England.

This British Silver Britannia bullion coin contains one ounce of fine Silver at .999 purity. Multiples of 25 are supplied in Royal Mint Tubes and orders of 500 will be supplied in a Monster Box. 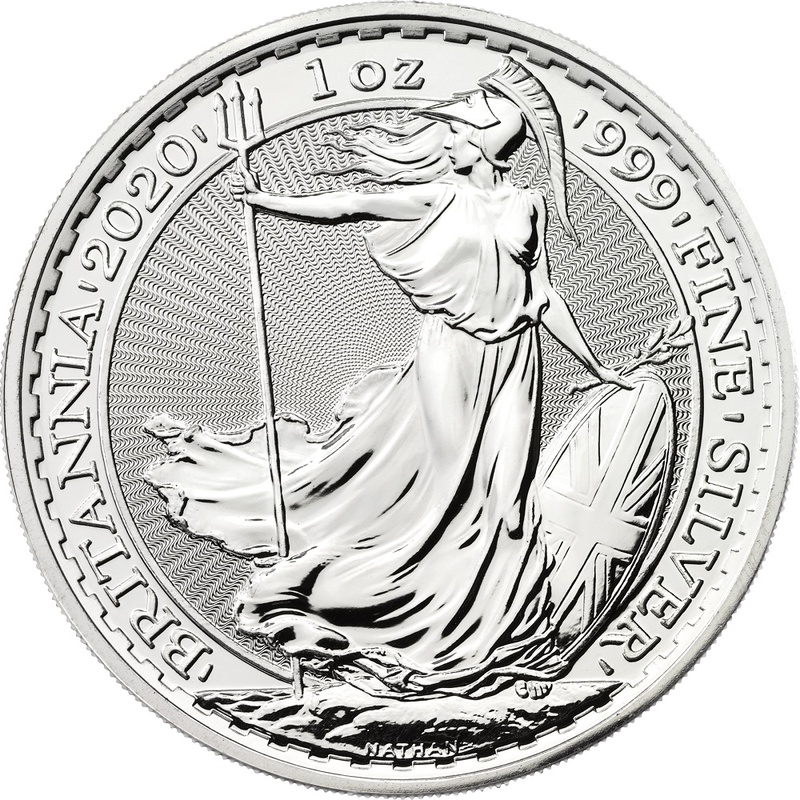